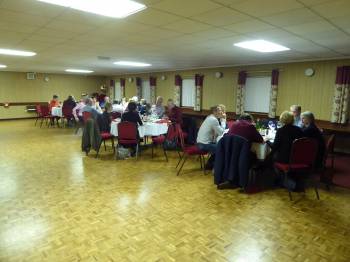 The village hall's 2019 season continued on 16th February with a French Evening.  Expertly cooked and directed by Dinah Gillias, and assisted by other villagers, around 30 villagers and friends sat down to chicken chasseur with vegetables, followed by a selection of traditional french puddings cooked by a number of villagers.  It was a wonderfull opportunity for friends to enjoy a spendid meal with good company and plenty of wine, and of course a good natter.  There was also a French table quiz to answer, set by Fiona Moore, and that certainly had some heads being scratched, with furtive conversations between those on each table, to find the right answers. 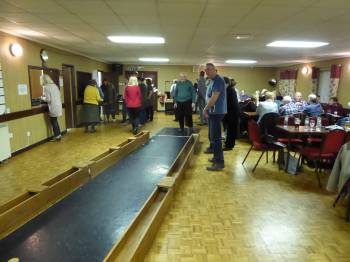 The village hall's 2019 season got off to a flying start on 19th January with one of their ever popular skittles evenings.  Around 60 villagers and their friends took part, split into six teams to play long alley skittles, bar skittles and devil among the taylors, with three games each before breaking for a fish and chips supper.  Feeling replenished, and refreshed from the bar, the games continued with another three games each, then the winning team being declared and awarded their traditional prize of a bar of chocolate each. 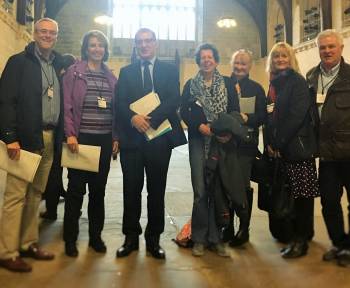 A group of villagers had a fascinating day out at the House of Commons on October 15th as guests of our MP Mark Pawsey.  The day started with a tour of the Palace of Westminster.  The group were taken through the corridors of power including both the House of Commons and the House of Lords, as well as the robing room used by the Queen ahead of her annual address to Parliament.

After their tour, Mark was able to arrange for the group to sit in the public gallery of the House of Commons, where they were able to watch both questions to Government Ministers and a statement by the Prime Minister, Theresa May, on the progress of the Brexit negotiations.

Bring and Buy at All Saints Church 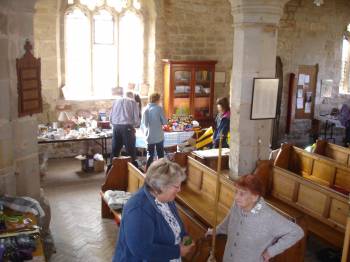 A bring and buy sale was held at Withybrook Church on September 15th.  Many thanks to all that attended, to all that donated items, to those who were unable to attend but made donations, and to the helpers on the day, especially Janet Radmall who made over 80 jars of jam.  Although not that well attended, we still managed to raise £400.00 for the church. 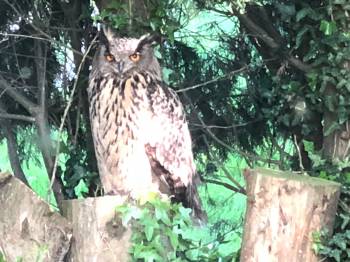 There's been an unexpected visitor to the village over the last few weeks.  A female eagle owl had escaped from her falconer in Coventry and taken up residence in the village, having first tried her luck in Ansty.  After a few days she moved on elswhere for about a week and then returned. 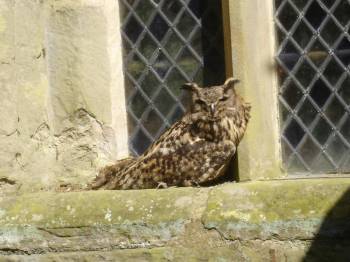 Finally she was spotted on Sunday morning, perched on a window sill of the church just before the morning service. 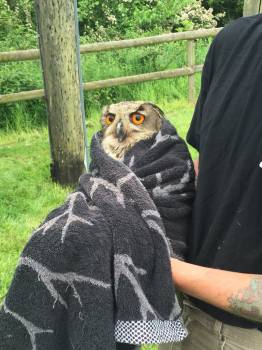 After a quick phone called to her owner she was soon safely back in his arms.